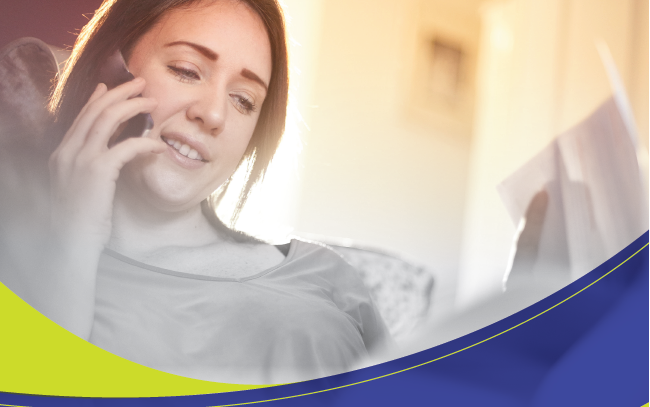 MABS has launched a new report called For the Few but not the Many which provides an analysis of Debt Relief Notices (DRNs) from a debtor perspective. The report, compiled by Dr. Stuart Stamp an Independent Social Researcher at Maynooth University and Paul Joyce, Senior Policy Analyst with FLAC was launched today, in Dublin, by Fiona Coyne the Chief Executive of the Citizens Information Board (CIB). CIB provided the social policy grant aid for the report.

Debt Relief Notices (DRNs) are a statutory personal insolvency arrangement targeted at “low income low asset” (LILA) debtors that were introduced in the period following the Global Financial Crisis by the Personal Insolvency Act 2012, which was subsequently amended in 2015 and 2021.

The report highlights the fact that while Debt Relief Notices can be transformative for those who use them, the actual number of applications for DRNs has been much lower than anticipated. The projected number was 3,000 to 4,000 in the first year. In fact, only 1,924 DRNs having been approved in total from 2013 to the end of 2021.

In England and Wales where a similar arrangement exists in the form of Debt Relief Orders (DROs) the take up per head of population is eight times greater than in Ireland.

Reasons for such a limited take up include eligibility, administrative burden and supervision period requirements. There is also a need for more publicity and awareness around the availability of DRNs.

Speaking at the launch Dr. Stuart Stamp said: “Our research shows that Debt Relief Notices can be transformative in terms of removing the stress associated with debt problems, improving people’s wellbeing and enabling them to get on with their lives again. However, uptake at the moment is way too low and we need both legislative reform to improve access and greater promotion to increase awareness”.

Paul Joyce, FLAC, added that the statutory review of the Personal Insolvency Act 2012 (as amended), currently being carried out by the Department of Justice, provides a timely opportunity to revise the rules relating to the Debt Relief Notice (DRN) and to introduce reforms to help boost applicant numbers. Particularly now, in light of the current financial pressure on households with low incomes.

The research is timely as 2022 marks the 10th anniversary of the enactment of the Personal Insolvency Act (2012). This Act heralded a new era for insolvent debtors in Ireland introducing three new Court backed debt resolution mechanisms for debtors and underpinning in law an insolvent debtor’s right to a fresh start.

Following the enactment of the Act, the Minister for Social Protection requested the Board of CIB to provide Approved Intermediaries, through the MABS network, to administer DRNs on behalf of the public. Initially 13 Money Advisers were trained as Approved Intermediaries (AIs) and now there are AIs available nationwide, in every MABS location.

As well as being at the forefront of supporting the public to access DRNs, MABS has also worked to provide feedback to enhance the operation of the legislation in practice. Over the past decade, qualifying debt amounts, asset values and the value of motor vehicles have been revised upwards following submissions from MABS.

“I would like to congratulate the MABS regional companies for undertaking this research which represents a comprehensive and considered overview of 10 years of Debt Relief Notices in Ireland. It highlights that when successful, a DRN can be truly transformative for people. This year also marks 30 years since the establishment of MABS. This report demonstrates that MABS staff continue to demonstrate the same desire to assist people with unmanageable debt and secure a fresh start as they did back in 1992.”

Follow the link to read the full report – For the few but not the many? An analysis of Debt Relief Notices from a debtor perspective.

Please enjoy our full recording of the DRN launch event.

Check out some of the photos below from our launch event in Dublin on Thursday 23rd of June: 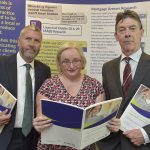 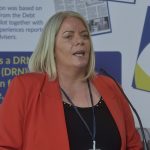 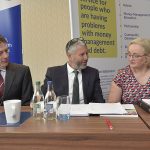 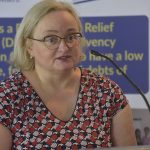 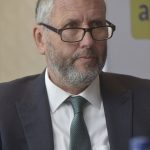 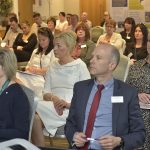 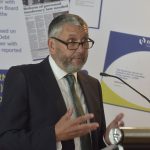 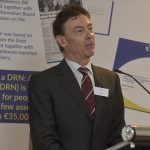 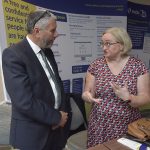 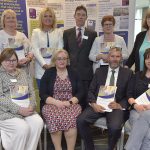 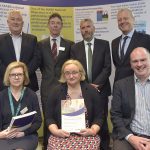 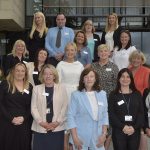